Humanity Stands at the Precipice. 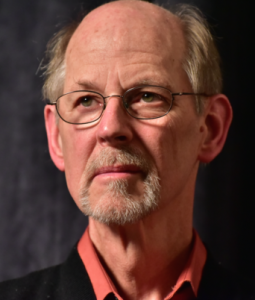 “Humanity faces its greatest trials, its greatest dangers in a declining and depleted world. It faces now its greatest opportunity to finally cooperate beyond all the divisions of history, culture, religion and politics. It has this one great chance to unite to restore the world and to assure humanity a safer future than its past.

What are Changing Weather Patterns Telling Us?

Being Disturbed by Great Change in the World

Marshall Vian Summers has released a new, never before heard teaching called "The Upheaval," and during the month of September, he invites you to study [...]

The World is a Hospital in Need of Service

The world is a hospital full of sick people. And when you're in the hospital, you don't get angry for the people being sick; you [...]

Functional Spirituality in a Changing World

To be stable in a changing world, you have all four of these Pillars: Relationships; Health; Work; Spiritual development, which is really your connection to [...]

What You Need to Know About the Reality of Pandemics

The Impact and Opportunity of COVID19

I think this confronts all of us with the things in our lives that are fragile, that are easily shaken; where we don’t have strength, [...]

Thoughts and Beliefs Are Not Reality

Reality is everything that is happening beyond your thoughts and beliefs. No matter what you think, that’s all happening. And to get real in the [...]

Stability in a Global Pandemic

The first step is to become as stable as you can be under these circumstances, whatever that may be for you. You’re not going to [...]

The COVID19 Pandemic Is a Great Equalizer

Facing this pandemic and facing anything important in life is not about having answers or solutions. You don't have a solution for the pandemic. You [...]

Seeing, Knowing and Taking Action in Response to COVID19

So I'm going to focus on three things—seeing, knowing and taking action—to prepare for a sudden emerging Great Wave such as this. So we'll begin [...]

How to Navigate a Radically Changing World

So people today base their understanding on little bits of information they get from the internet or people or people they don’t know or whatever, [...]

Revelations by Marshall about World Change

You Need Greater Strength for a World of Great Changes

Facing a world of tremendous change and upheaval will require a greater Intelligence to guide you, a greater strength within you that is beyond you, but that you are a part of. It will [...] 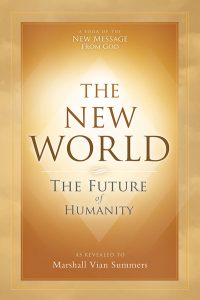 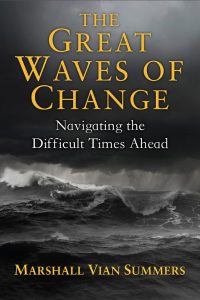 In 1982, a series of profound revelations were received by Marshall Vian Summers in the deserts of the American Southwest. Ever since, this revelation has continued, growing ever wider in scope, producing more than 9,000 pages of received material.

Over the decades, a vast Revelation for humanity has unfolded, at times slowly and at times in great torrents. During many of these long years, he has had to proceed with the support of only a few individuals, not knowing what this growing Revelation would mean and where it would ultimately lead.

Engage with Marshall on Social Media